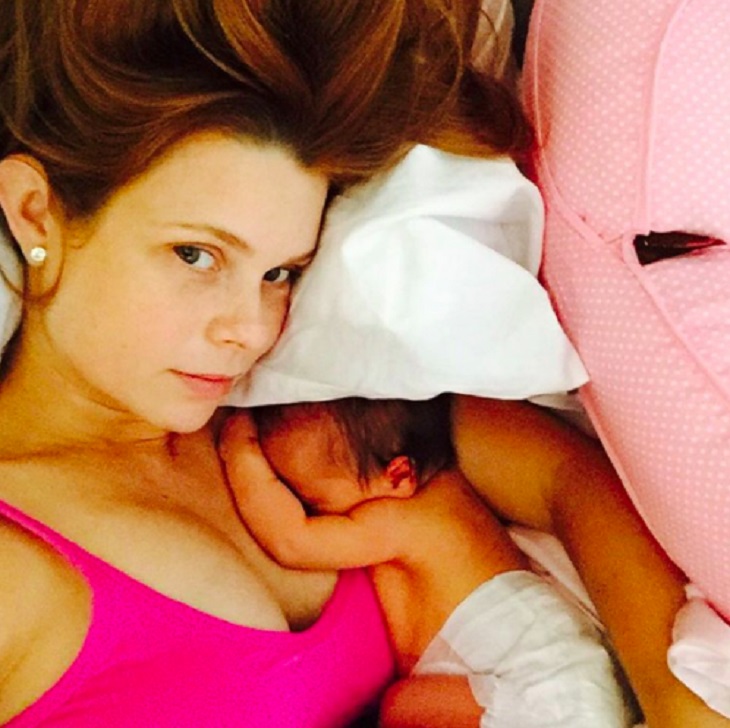 ‘Once Upon A Time’ actress Joanna Garcia Swisher took to Instagram this week to share a new photo of her beautiful baby girl, Sailor Stevie Swisher.  In the adorable picture, Joanna is snuggling her newborn daughter, who is less than two weeks old.  So cute!  Joanna jokingly captioned the picture, “Sailor is already over being in my selfies.”

Joanna Garcia Swisher, who is well known for her role on the sitcom ‘Reba,’ which currently airs reruns on CMT, and her husband Nick Swisher (a pro baseball player) welcomed their baby girl Sailor Stevie on June 28.  Joanna made the official announcement on social media last month that she had given birth to their new addition.  Sailor already has a big sister, 3 year old Emerson Jay.

Last year Joanna opened up to People Magazine in an exclusive interview abut her views on parenting, the ‘Reba’ alum explained that since the birth of her daughter Emerson she learned not to take things too seriously.  Swisher dished, “The best advice I have ever received is to trust your instincts and make sure to take care of yourself, too!  When I first had Emme, I was so focused on doing everything ‘right’ or ‘by the book’ that I forgot to listen to my gut and have confidence in that.”

Swisher also added, “Once I stopped worrying about what I ‘should’ be doing, started focusing on what was best for Emme and giving myself some much needed TLC, the joy and excitement of mommyhood was limitless.”