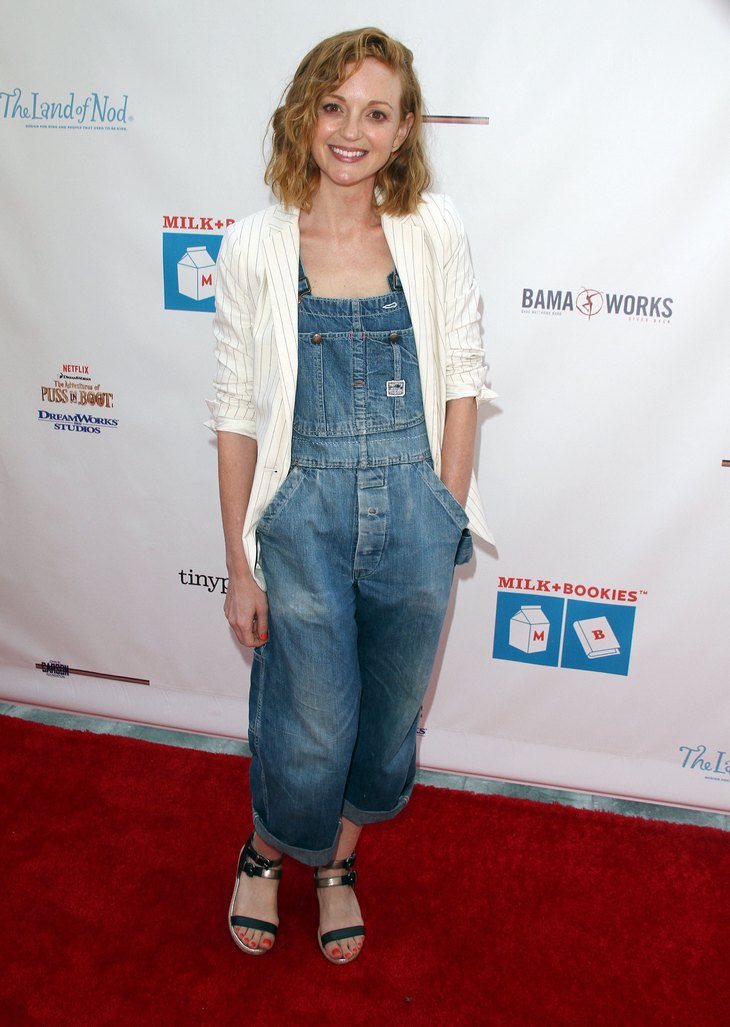 Jayma Mays is pregnant! The ‘Glee’ star is expecting her first child with husband Adam Campbell according to the couple’s rep. Jayma, best known for playing Emma Pillsbury and lending her voice to both ‘Smurf’ films, is thrilled to be starting a family.

Adam Campbell who is an English actor, and Jayma Mays have been married for nearly a decade. Most recently, Mays appeared at the Milk+Bookies Sixth Annual Story Time Celebration held at The Skirball Cultural Center in Los Angeles, California on April 19. The ‘Glee’ star sported a pair of cute, but baggy, denim overalls. Could Jayma Mays be hiding a baby bump?

Congratulations to the Jayma Mays and Adam Campbell. The story of their relationship is also worth noting. The celebs met on set of ‘Epic Movie’ and their love blossomed from there. “We played brother and sister, which is so incredibly sexy. We were very responsible, very professional, but that’s how we met. So we got to goof off basically every day together for three months and get to know each other really well, and then we started dating.“

What a cute story! What do you think of Jayma Mays pregnancy news? Share your thoughts or your stories on how you announced your pregnancy in the comment section below!