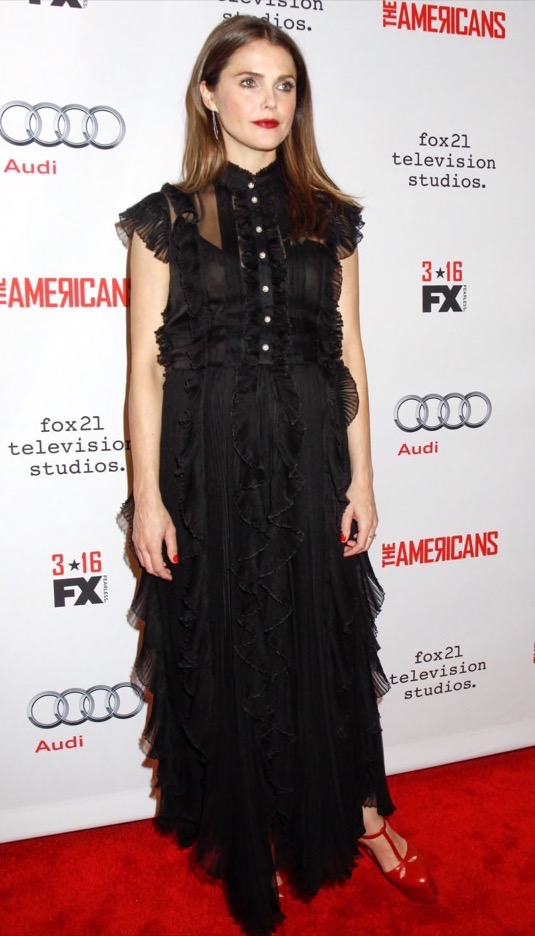 Keri Russell walked the red carpet for the season 4 premiere of The Americans in New York City, New York on Saturday (March 5).

The pregnant actress showed off her growing bump in a vintage black Gucci dress and red pumps. She and co-star / beau Matthew Rhys were not pictured together.

Russell recently made an appearance on Late Night with Seth Meyers and discussed how to keep pregnant women happy.

“Just say yes, you’re right, and be so nice to her,” she advised the host whose wife is currently pregnant.

She is already mom to son River and daughter Willa with ex-husband Shane Deary. They divorced in 2013 after seven years of marriage.

The Americans costars have tried to keep their relationship private.