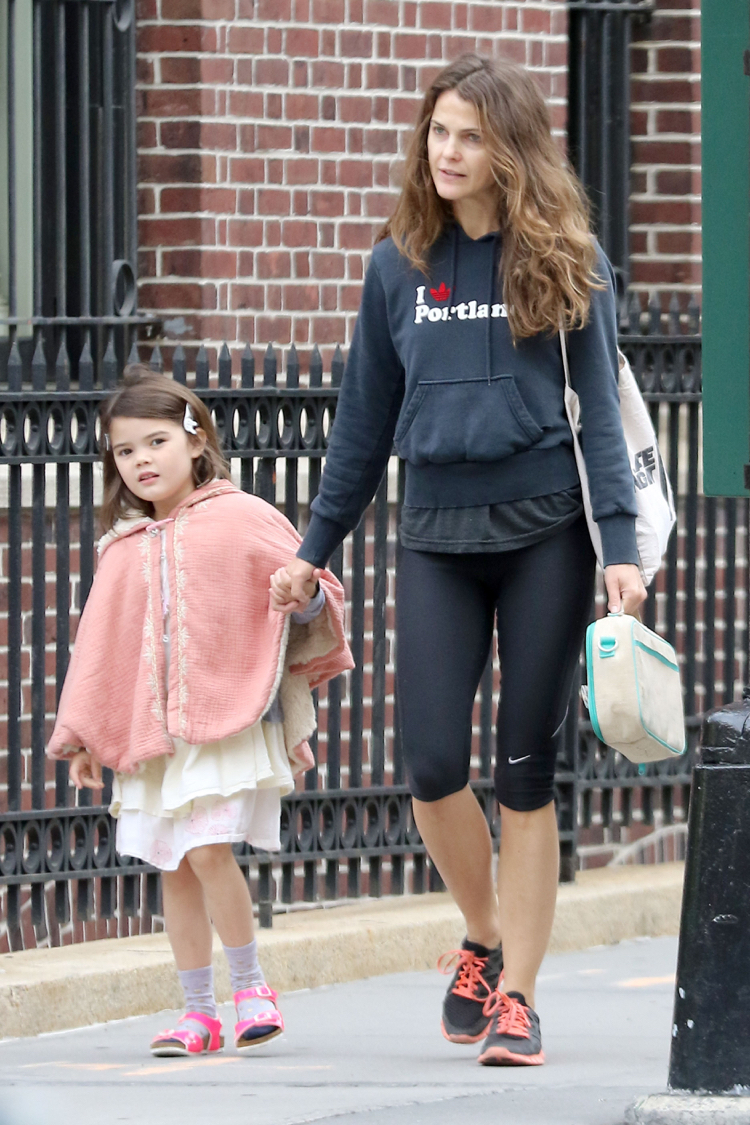 Keri Russell was photographed taking her daughter Willa to school in Brooklyn, New York on Tuesday (May 23).

The Americans actress was dressed casually in a navy sweater, knee-length workout pants, and running shoes. She held the hand of her daughter who could be seen jumping and skipping on the way to school.

Russell recently revealed that after the kids go to bed she likes to unwind by doing some online shopping.

“So many of us shop this way now, online,” she told WWD. “That’s, like, what I do late at night lying in bed when everyone’s asleep. There’s a half-hour of silence and I just sit there and look at beautiful things.”

Russell is also parent to sons River and Sam.

She co-parents Willa and River with her ex-husband Shane Deary.

Her partner and co-star Matthew Rhys is the father of  Sam.