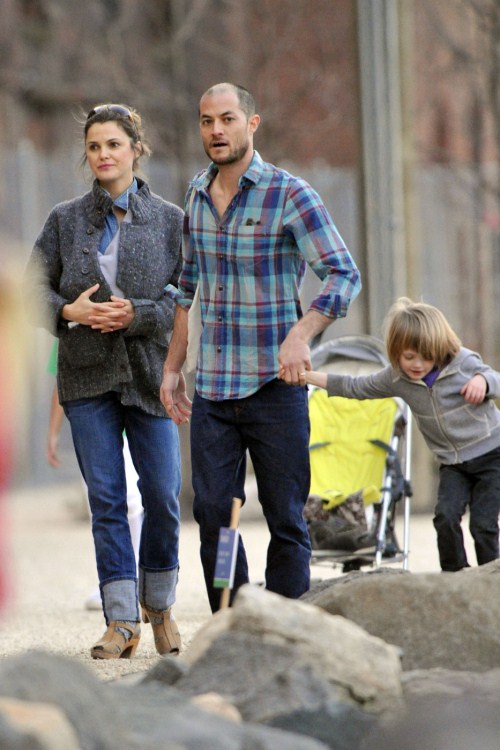 Keri Russell gave birth two weeks ago and she is already looking as slim as ever!

Russell was with her family at a local park in New York City. Unlike most mother’s who are bloated after pregnancy, Russell looked tiny in casual jeans and a grey sweater while cuddling, Willa Lou.

Russel welcomed daughter, Willa Lou Deary on December 27, 2011. The news was confirmed by her rep.

Alyson Hannigan At Park With Husband And Daughter