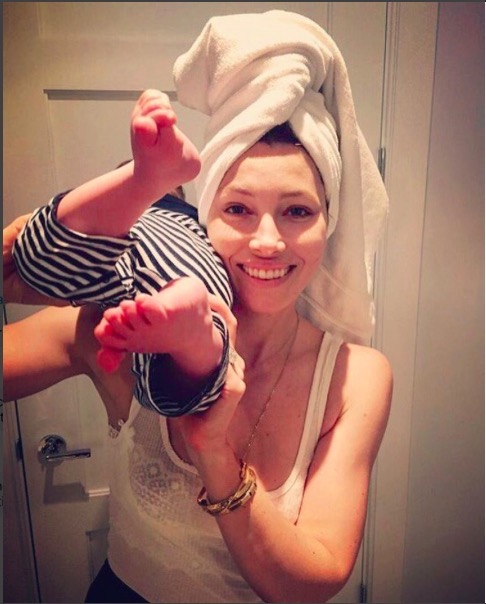 Jessica Biel answered a couple of questions for a collaboration with the Skimm while allowing the app to share a picture of her and her 10-month-old son Silas.

Three things the actress can’t live without in the morning?

“Yoga. Eating breakfast with my kid. Listening to Erykah Badu while I eat with my kid. We love her,” Biel told via the apps Instagram.

When asked to complete this sentence, “woke up like this”, Biel responded:

“Disheveled, running late, doing too many things at once and underperforming all of them; but pretty thrilled about mediocrity! Could be a lot worse, guys. A lot worse,” she joked.

The wife of Justin Timberlake says she is not a snoozer, but would like to have two more hours a day of sleep.

“It varies but I would say always (2) hours before I’d really like to,” she told. “I’m not a snoozer. Never have been. Wish I was but I would never get up if I did. I do snooze periodically throughout the day during any sort of boring conversation.”

Silas is their only child.