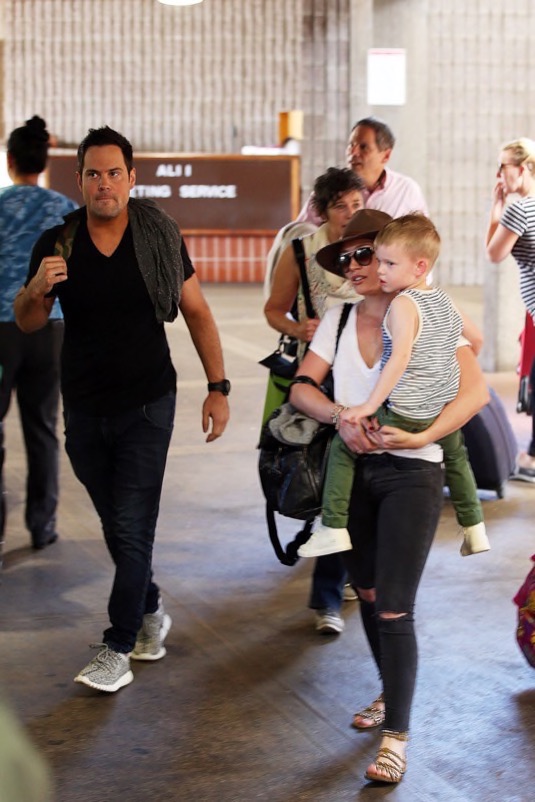 Hilary Duff and her ex-husband Mike Comrie were photographed arriving on vacation together with their son Luca at the airport in Maui on Thursday (Feb. 4).

The Younger actress was dressed in a white t-shirt and black jeans with sandals. She carried Luca out of the terminal before passing him to his father.

Earlier in the week, the pair officially became divorced after a judged signed off on the legal papers.

In the documents, Duff keeps their Beverly Hills home, but will have to pay Comrie $2,408,786 for his share of the property. The former NHL star gets to keep his Bentley coupe and Mercedes G-Class SUV, as well as jewelry.

The former couple will have joint physical custody and have made a huge effort to co-parent their 3-year-old peacefully.

She filed for divorce in February of 2015.