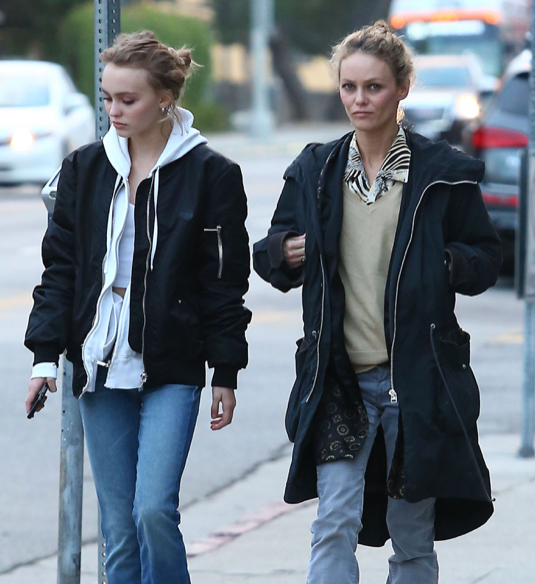 The French Women actress was dressed casually in a long jacket, cream sweater and jeans. The 16-year-old looked like the spitting image of her mom as they left Shoe Palace.

Earlier in the week, Lily-Rose was photographed posing with her father Johnny Depp and his wife Amber Heard at the Stella McCartney 2016 Fall Presentation party.

Depp was at the event to perform with his band The Hollywood Vampires. Lily-Rose shared a photo of him performing on stage.

Paradis and Depp split in 2012, after 14 years together. They also co-parent son John.