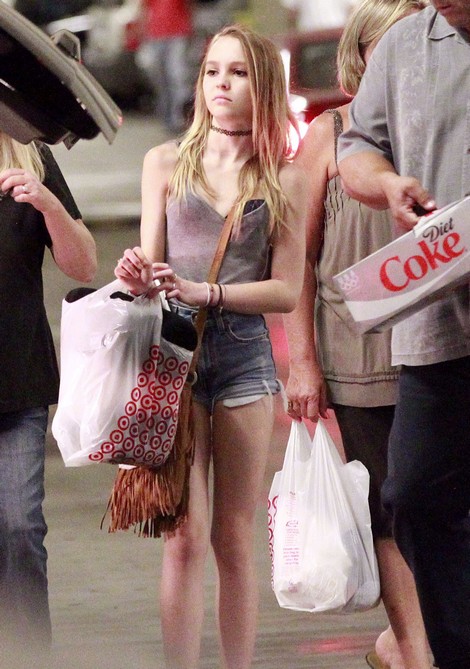 Johnny Depp and his partner of 14 years and mother of his two children, Lily-Rose and Jack, Vanessa Paradis split up a couple of months ago.  At this point there seems to be no chance of a reconciliation between these two, which is sad for their kids.   We were hoping, Johnny and Vanessa would be able to come to an amicable custody arrangement.

The National Enquirer reports, “Johnny still thinks of Lily-Rose as the little 7-year-old that he almost lost to E. coli poisoning, and he’s deeply concerned that Vanessa is letting her run wild.  He doesn’t want Lily-Rose, or her brother Jack, thinking about anything but school until they’re 18. But Van­essa is letting Lily-Rose explore her creative side by allowing her to wear funky outfits, and she’s schlepping her to acting auditions.“Vanessa and Johnny have been having screaming matches over Lily-Rose. It’s gotten ugly.”

We are not sure if this story is true or speculation on the part of the magazine.  But if it is true we have to be on Johnny’s side.  Lily-Rose will be a lot better off staying away from Hollywood.  I guess Johnny does not want his daughter to be the next Lindsey Lohan.  What do you think about this situation?  Hit the comments and let us know!

Kristin Cavallari Gushes About How Wonderful It Is Being A Mom