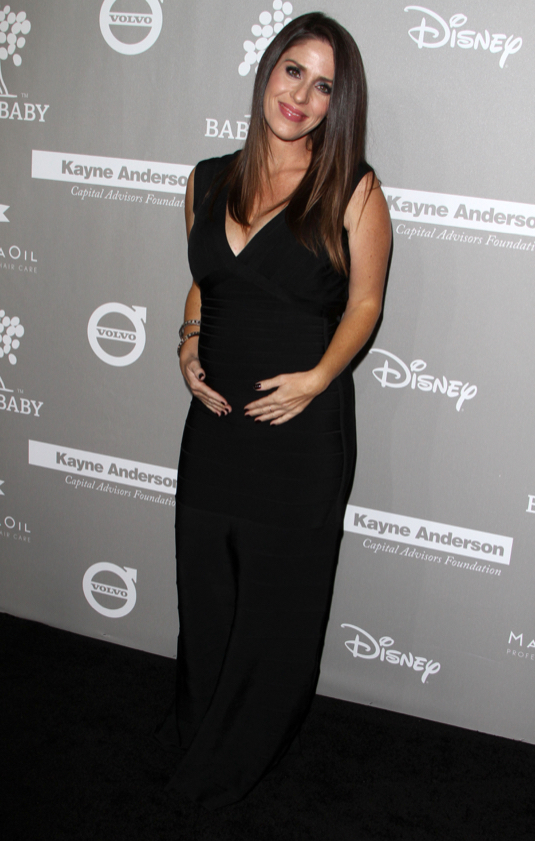 Fresh off announcing her pregnancy, the actress wore a long black gown while cupping her tiny bump. She also posed for pictures with her husband.

Frye took to Twitter before heading to event to announce that she and Goldberg are expecting their fourth child.

While walking the red carpet she revealed that she is between 13 and 14 weeks pregnant.

“We were so surprised by this amazing, little miracle, that I think, now, we’re just like, let’s keep the surprises going,” she said. “We had like a 20- month-old at home, and we have a ten-year-old, and a seven-year-old. So this was definitely a really happy surprise. It was not something we were planning on, and yet, we could not be more excited and thrilled.”

Gisele Bundchen Bundles Up With Vivian in NYC