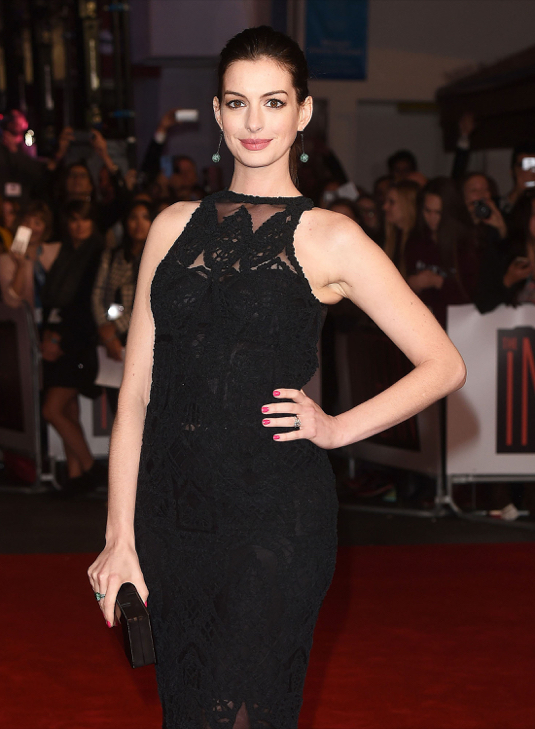 Anne Hathaway and her husband Adam Shulman are expecting their first child.

“Anne is in her second trimester and feeling great,” a source told E! News, while the news outlet shared a photo of the actress out sporting a baby bump earlier in the week.

Multiple news sources speculated the actress was expecting after she walked the red carpet of The Intern premiere, wearing a black dress that appeared to be showing off a slight bump.

After marrying Shulman, Hathaway expressed her desire to start a family in the future.

“I’ll start with one healthy kid but I’d like to have a few naturally and adopt. I gotta get on it, you know?” she told The Telegraph. “I’d like to have as many as I can afford, not just financially but in terms of time, because you want to make sure each one feels special.

The couple married in 2012, after four years of dating.