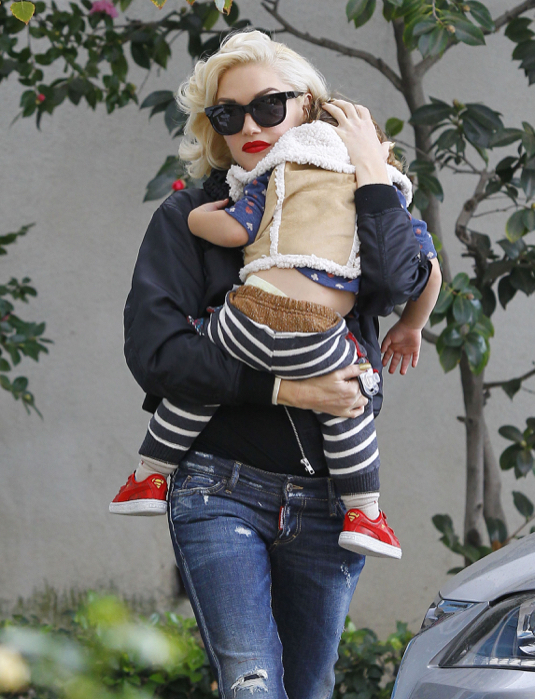 Gwen Stefani and her children Kingston, Zuma and Apollo were spotted heading at her parents’ house to enjoy Thanksgiving in Los Angeles, CA on Thursday (Nov. 26).

The Voice mentor was dressed in a black jacket, ripped jeans and bright red heeled boots. She carried Apollo closely while her other children followed behind.

“I’m in such a great place because I’ve been writing music, and for me that’s… everything that I love about being alive, because I haven’t been able to do it for so long,” Stefani recently told of her new life. “Even when I would try, like, nothing would happen, but I have a feeling that I was just blessed with this opportunity to have this channel open up again. If you don’t think it’s ever going to happen again and it does, it’s even that much better.”

The No Doubt singer filed for divorce from estranged husband Gavin Rossdale in Aug. The ex-couple had been married for 13 years.