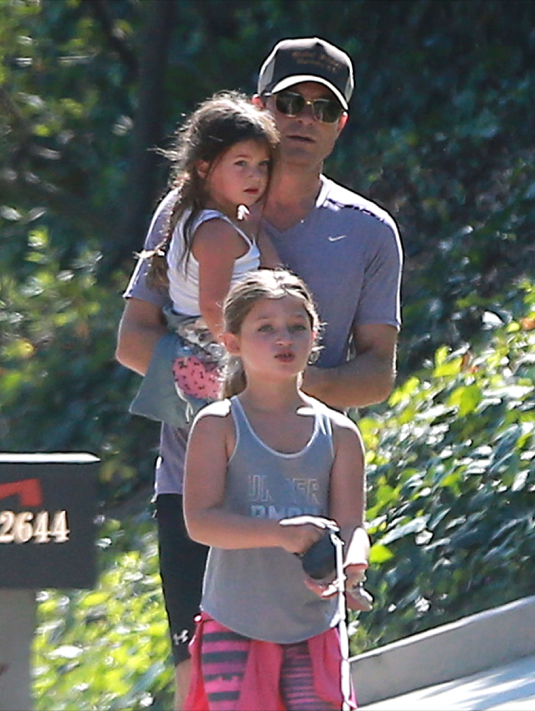 Jason Bateman was photographed on a morning hike with his wife Amanda and their daughters Francesca and Maple in Los Angeles, CA on Monday (Sept. 7).

The Arrested Development actor was dress appropriately for the hike in a Nike t-shirt and black shorts. He carried his youngest daughter while Francesca led their family dog on a leash.

Bateman recently spoke honestly about the failure of his film Horrible Bosses 2.

“The first one was funny. The first one put up some money. The second one was garbage as far as box office goes,” he told on a podcast Marc Maron. “Who knows if it was on the merits or when they released it, but it did not do any money.”

Mariah Carey Has a Fun-Filled Labor Day With her Twins