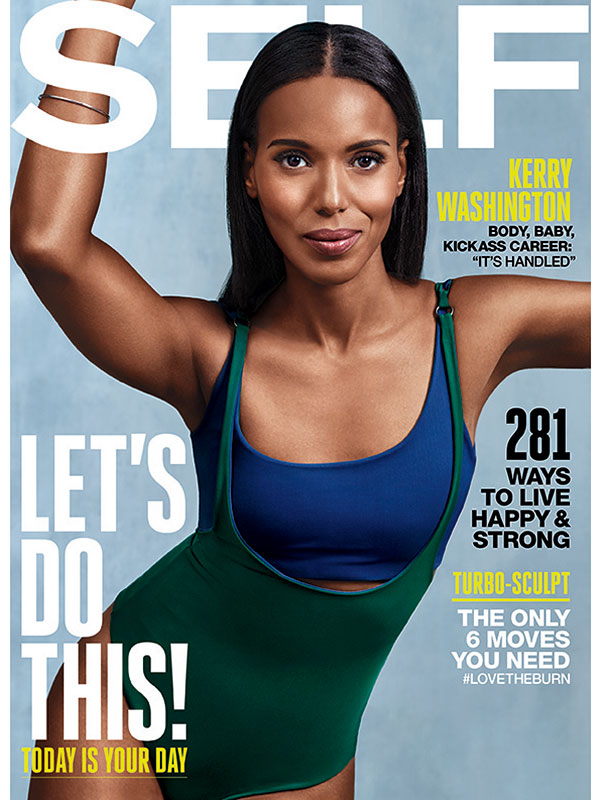 Covering the September issue of Self Magazine, Kerry Washington opens up about her body after the birth of her first child, Isabelle Amarachi.

The Scandal actress doesn’t understand society’s obsession with new mothers “getting back” to their pre-pregnancy weight.

“I’ve been really focused on not being ‘back’ to anything, but being the best version of myself right now,” she told. “My body is the site of a miracle now. I don’t want to be pre-miracle.”

In fact when her manager told her she was “back,” Washington took issue with the phrase.

“She meant it as a total compliment, but we had this great conversation where I was like, ‘You know what? I try really hard not to use that language, because it’s not about going backward in life.’”

Washington cares about feeling good an that does mean staying healthy.

“I try to get it in so I can be back with my kid early,” Washington says about her exercise routine. “I have to take care of myself in order to live life the way I want to. It’s important to have rest days. But in the long run, if I don’t work out for, like, three days, I feel worse, not better.”

The actress is married to Nnamdi Asomugha. They tied the knot in 2013.

To read the full interview pick up Self on newsstands now.

Hilary & Haylie Duff Takes Their Kids to the Farmers Market