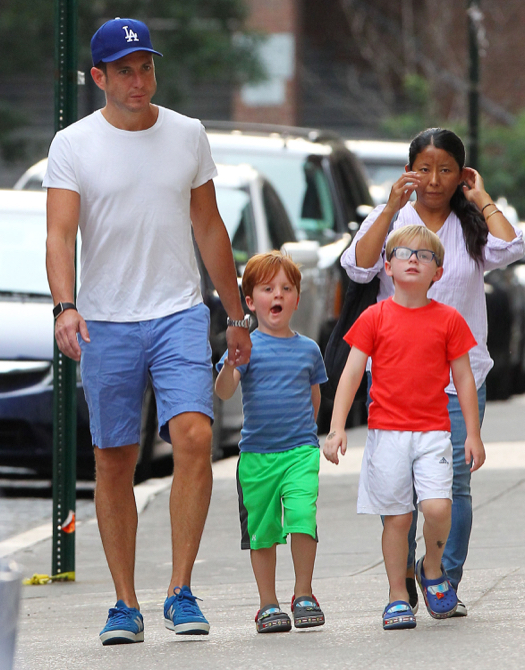 Will Arnett was photographed taking his sons Archie and Abel out for dinner at Nobu restaurant in New York City on Sunday (July 26).

The Teenage Mutant Ninja Turtles 2 actor was dressed casually in a white shirt, baby blue khaki shorts and matching sneakers.  The boys walked besides him while their nanny followed.
After becoming a father for the first time, Arnett said he was suffering from constant worrying.

“I want my son to wear a helmet 24 hours a day. If it was socially acceptable I’d be the first one to have my kid in a full helmet and like a cage across his face mask. I make my wife crazy with it because I’m constantly worrying, just because I know what an idiot I was when I was little,” he told People in 2010.

Arnett shares custody of his children with ex-wife Amy Poehler. The former couple were married for nine years, before splitting in 2012.
Image Credit: Fame/Flynet
Continue Reading

Kelly Rutherford Enjoys Saturday With her Kids at Charity Event

Will Arnett: Pumpkin Patch Visit With His Boys