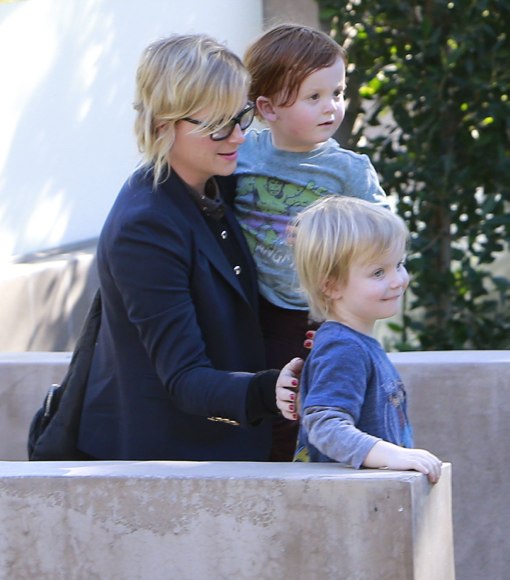 Amy Poehler was spotted taking her sons Archie and Abel to a birthday party in Beverly Hills, California on Saturday (Jan. 19).

The Parks And Recreation actress was dressed casually as she walked the boys to the party that had Mickey and Minnie Mouse waiting to entertain guests.

Last Sunday (Jan. 13), Poehler took a break from parenting to host the 70th Annual Golden Globe Awards alongside Tina Fey.  The long-time friends took the reigns from Ricky Gervais, who hosted the past three shows.

“We want to assure you that we have no intention of being edgy or offensive tonight,” Poehler declared, “because, as Ricky learned the hard way, when you run afoul of the Hollywood Foreign Press, they make you host this show TWO MORE TIMES!”

Will Arnett: Pumpkin Patch Visit With His Boys