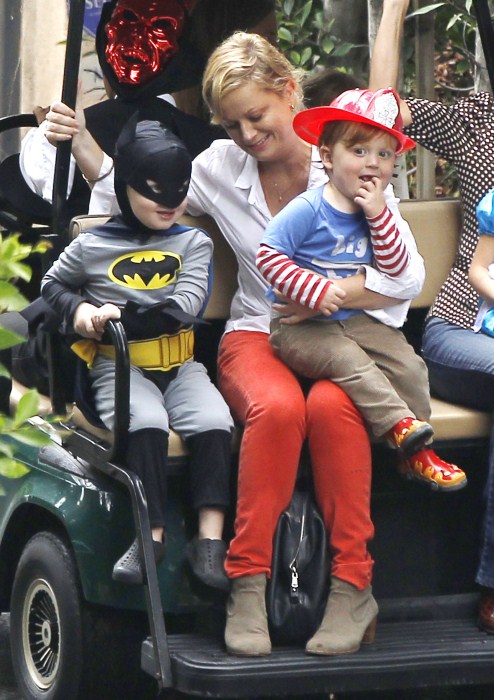 Amy Poehler was spotted taking her sons Archie and Abel to a costume party in Beverly Hills, Ca on Saturday. The two boys both must of had hero’s on their mind because Archie dressed as Batman and Abel as a fireman.  The Parks And Recreation star chose not dress up and wore a white blouse, with red skinny jeans and booties.

Poehler and her former Saturday Night Live co-star Tina Fey are set to the Golden Globes in January.

“Having both Tina Fey and Amy Poehler on board to host this year’s festivities is a major coup,” Paul Telegdy, NBC Entertainment’s president of alternative and late-night programming, said in a statement.

The actresses also appeared together in the 2008 comedy film Baby Mama.