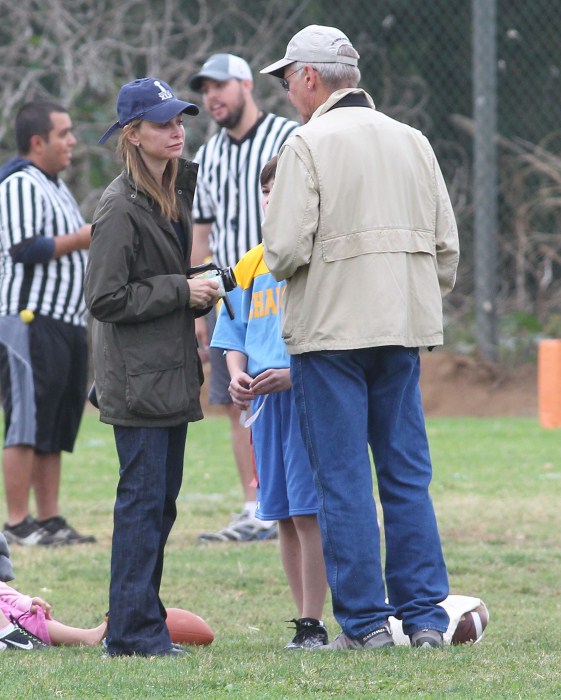 Calista Flockhart and her husband Harrison Ford were spotted watching their son Liam‘s flag football game in Brentwood, Ca on Saturday.  The couple tried to keep a low profile while dressed casually in non nondescript clothing. Although, when it came time for Liam to play in his game of soccer they became full fledged proud parents and took pictures and videos of him playing.

Ford is set to star in the upcoming thriller Paranoia alongside Gary Oldman, and Liam Hemsworth.  Based on the book by Joseph Finder, the film follows Adam Cassidy (Hemsworth), a rising young turk at The Wyatt Corporation who plays a corporate mole spying on Ford’s character. Ford changes up his look for the film and sports a shaved head.