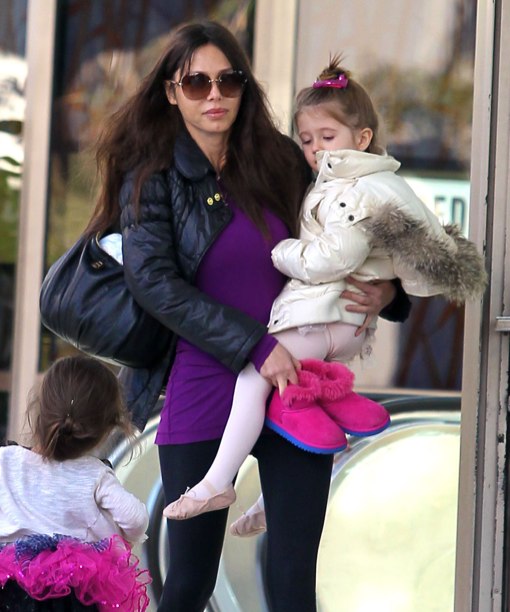 Mel Gibson‘s ex Oksana Grigorieva was spotted picking up their daughter Lucia from a ballet class in Sherman Oaks, California on Saturday (Jan. 19).

The singer wore a jacket over a purple top with black tights and Ugg boots while carrying the 3-year-old.

Grigorieva claims she was sabotaged by her own lawyers in her settlement with Mel Gibson, and ended up with a terrible custody arrangement.

According to papers obtained by TMZ, in the legal documents, filed by Grigorieva without support from a lawyer, she accuses Ron Litz and Daniel Horowitz of advising her to sign off on a bad deal in 2011.

She objects to the clause that stops her  from pursuing any future legal action against Mel regarding their child without jeopardizing the monetary settlement she made received.

She is suing for unspecified damages.