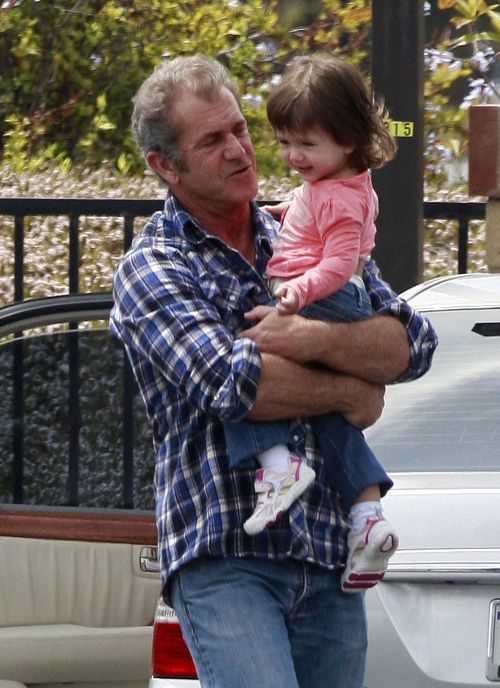 Mel Gibson and ex-girlfriend Oksana Grigorieva have finally reached a decision in the custody battle involving their daughter, Lucia. It’s been over a year since the dispute was initiated, and I’m sure all parties are glad an (hopefully) amicable decision was reached.

The Los Angeles Superior Court issued a statement, as reported by Access Hollywood, this past Friday evening declaring that the couple has settled.

Further details regarding the settlement will be handled in a closed session, and all of the financial aspects of the case will be decided in a hearing scheduled for August 31st.

Gibson’s spokesperson has released a statement confirming this news.

Alanis Morissette Strolls Down The Street With Her Men