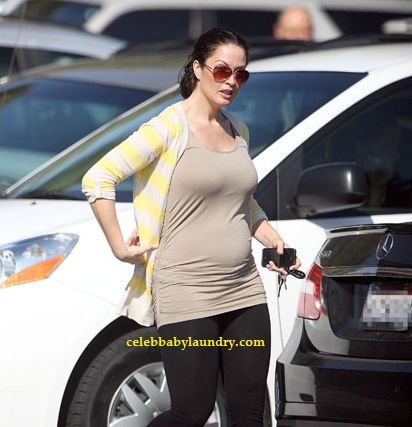 VH1 Reality TV star, Laura Bellizzi who dated Mel Gibson briefly during the summer, is telling friends that Gibson is the father of her unborn baby.

Bellizzi and Gibson denied the claim when contacted for comment and source close to Gibson claims it is physically impossible for him to have father another child. However, a close insider to Bellizzi says she is keeping mum because she doesn’t want the news to go public.

“Laura’s being as secretive as she can be about it,” the insider told. “But she’s really showing now, and people are beginning to ask the question: ‘Who’s the daddy?’”

A member of Laura’s family has also confirmed that she is in fact pregnant by “an A-lister” and that the child will have “a famous father.”

According to the source, Bellizzi is more than four months pregnant.

Bellizzi and Gibson were last seen together at Mondrian hotel’s Skybar in West Hollywood on June 15.

If the claims are true this will be Gibson’s ninth child.