Kelly Rutherford Enjoys Saturday With her Kids at Charity Event 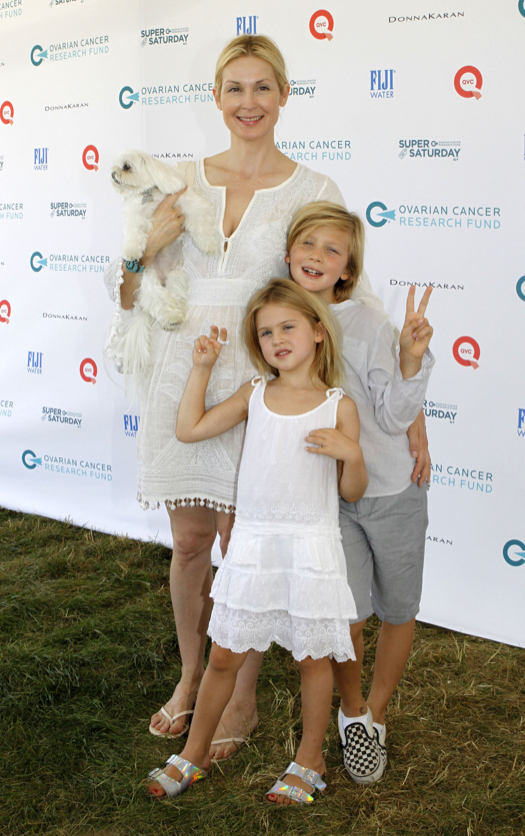 Kelly Rutherford attended the Ovarian Cancer Research Fund’s Super Saturday NY at Nova’s Ark Project with her children Hermes and Helena in Water Mill, New York on Saturday (July 25)
The Gossip Girl actress was all smiles while she posed for pictures with her youngsters. The children seemed happy as the waved the peace sign to photographers.
Rutherford has her kids with her for the summer while she continues her six year custody battle with German businessman Daniel Giersch.
In accordance with a judge’s ruling, they’ve lived with their father in Monaco since 2012.

“I can only see this as a legal kidnapping by a California judge forcing my children to live abroad for so long that the other countries seize control over their lives,” she testified before Congress earlier this month.

Rutherford shares custody with her ex and has had to fly out to visit them – at least 70 times, she’s said.
Image Credit: Fame/Flynet
Continue Reading