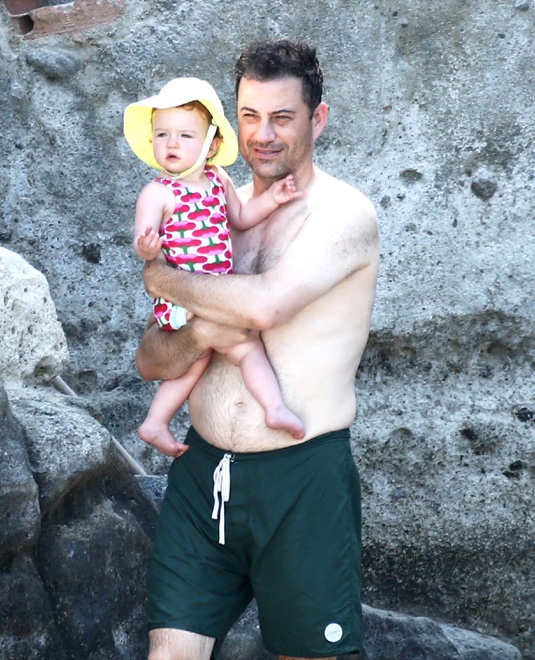 Jimmy Kimmel was seen vacationing with his wife Molly and their baby daughter Jane on a beach in Ischia, Italy on Monday (July 13).

The talk show host wore dark green swim trunks while carrying his daughter. He also swam in the water and took lots of pictures of Jane with his wife.

Kimmel was invited to the festival to receive an award honoring him for his career in television.

The festival on Ischia is a sister event to Capri Hollywood. The goal of both is to foster closer ties between Hollywood and the Italian and European film industries by bringing industry people together to network.

How To See More Characters In Disneyland