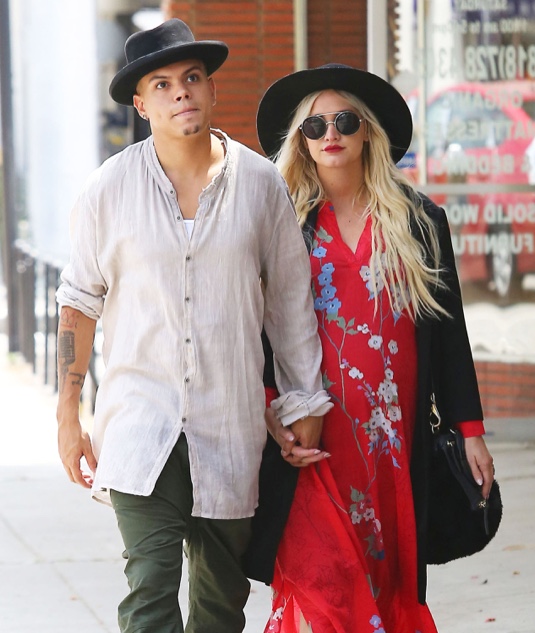 Ashlee Simpson and her husband Evan Ross were seen doing some baby supplies shopping in Los Angeles, CA on Wednesday (May 20).

The actress was dressed in a bright red dress with a floral print, a black jacket and a matching hat. She held Ross’ hand while heading to the store.

“He’s excited. He’s so excited,” Ashlee told E! at the Just Before I Go premiere. “He’s excited that it’s a girl, he thinks it’s cute—the tea parties, she’ll be adorable.”

Simpson is expected to give birth in June.