Garth Brooks: Nothing Can Touch Being a Dad 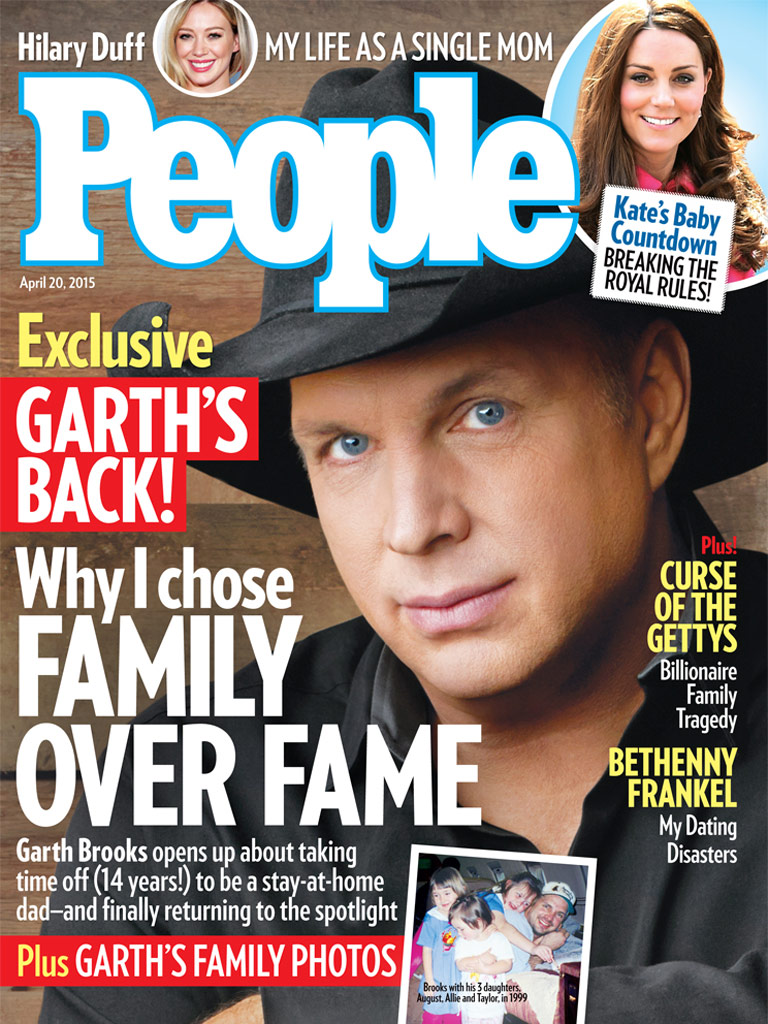 In the latest issue of People Magazine, Garth Brooks opens up about his decision to take a 14 year break from country music to raise his daughters, Taylor,  August, and Allie.

“People said, ‘How could you walk away from music?’ “ he tells. “But being a dad – there’s nothing that can touch that.”

He says making the transition to normal dad wasn’t easy at first, but he eventually became apart of community.

“You start being a part of the community,” he says. “The dads across the soccer field looked at me as a dad just like them. And I was very grateful.”

The time also taught him valuable lessons as a father.

” [Kids] are the greatest joy and the greatest heartache you’ll ever have. The saying is, as long as your babies are healthy, everything else you can deal with. If they have D’s, if they flunk, you deal with it. You can introduce them to the Lord, teach them manners, teach them to believe in themselves, but the truth is, they’re going to be who they’re going to be,”  he explains.

No that the nest is empty, Brooks has made a comeback in the music world. His ninth studio album, Man Against Machine, has been certified platinum, and his world tour with wife Trisha Yearwood continues to break ticket sale records across the country.

“This is not work,” he tells of his return to country music. “I just love to see people having a good time.”

To read the full interview pick up People magazine on newsstands now.

7 Tips for Recovering from a C-Section

How a Dad Can Bond With Baby after Birth