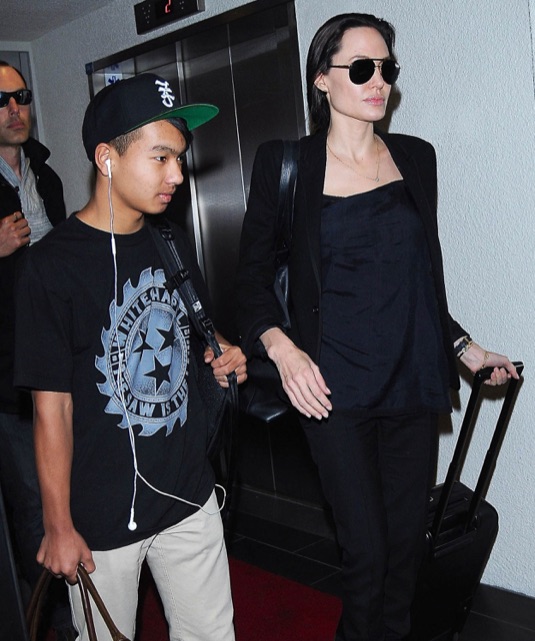 Angelina Jolie and her eldest son Maddox were spotted arriving on a flight at LAX airport in Los Angeles, CA on Saturday (Apr. 25).

The By the Sea actress wore her usual black ensemble while pulling a carry on bag. The teenager walked besides her as he carried a Louis Vuitton bag.

Jolie and Maddox were returning from a United Nations Security Council Meeting on the situation in the Middle East And Syria.

She pleaded with world powers to help the millions of Syrian refugees and sharply criticized the UN Security Council for being paralyzed by its division over Syria’s four-year conflict.

“We cannot look at Syria, and the evil that has arisen from the ashes of indecision, and think this is not the lowest point in the world’s inability to protect and defend the innocent,” Jolie said. “We are standing by in Syria.”