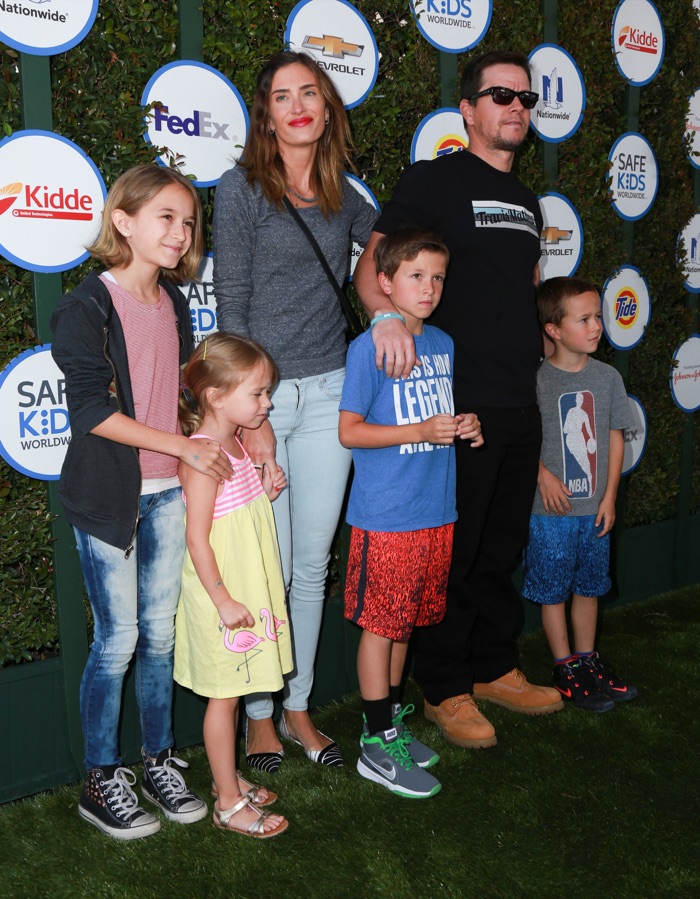 Mark Wahlberg, his wife Rhea Durham and their four children Brendan, Grace, Ella, and Michael attended the Safe Kids Day Presented By Nationwide 2015 at The Lot in West Hollywood, CA on Sunday (Apr. 26).

The Gambler actor was dressed casually in a black shirt and jeans while embracing his two boys. Durham who wore a sweater and jeans smiled on the ‘green carpet’ while holding her husband.

Wahlberg was named a Celebrity Hero for two consecutive years in a row alongside fellow Hollywood star Drew Barrymore.