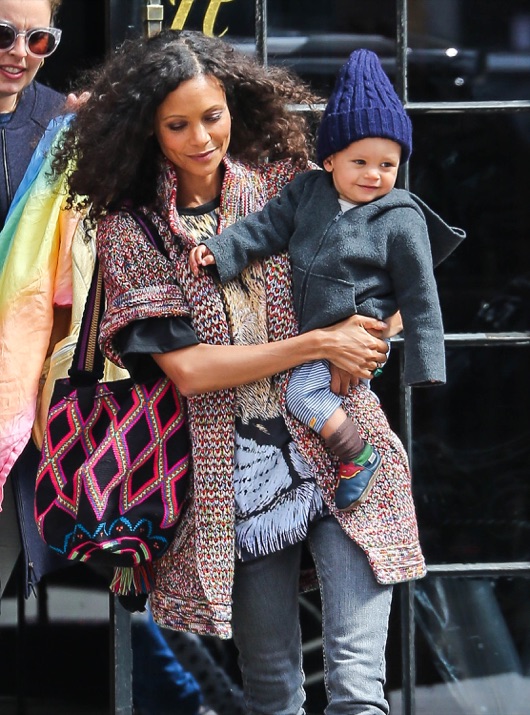 Thandie Newton was photographed leaving the Bowery Hotel in New York City with her son Book on Friday (Apr. 24).

The Westworld actress wore a vintages sweater and tiger printed top with jeans. She carried the toddler who looked adorable wearing a blue hat.

Newton admits she never felt beautiful to becoming a mother.

“I’ve been different things in different contexts, and I didn’t really feel beautiful until I had my first child. I knew that I was considered People magazine’s Most Whatever, but all that stuff is just how we label different groups. And I’ve been very not beautiful in my life. There’s no way I was beautiful growing up,” she recently told Telegraph.

Newton has two other children – Ripley, 14, Nico, 10 with the film director and writer Ol Parker.

Thandie Newton: “I Try To Be A Mirror Instead Of Impressing Myself”