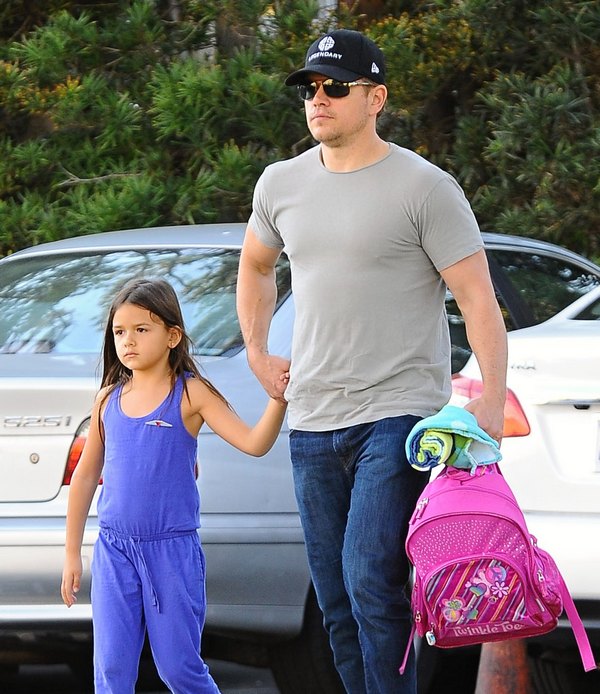 Matt Damon had an adorable birthday party date this weekend. The star who just joined the cast of ‘The Great Wall‘ took his six-year-old daughter, Gia Damon, to a children’s birthday party in Los Angeles on Saturday.

Damon made sure she was safely escorted to the party, and held her hand as the made their way across the street. He carried her little pink backpack and tried to keep a low profile, sporting a hat and sunglasses. Earlier this week, he was snapped signing autographs for fans after catching a flight to LAX airport. He signed every photo and piece of paper before heading out.

Matt’s schedule will be pretty busy soon. It was confirmed that he will join Pedro Pascal and Willem Dafoe in ‘The Great Wall’ which is set to begin production at the end of March, in China. He is also scheduled to return as Jason Bourne in the next installment of the Bourne franchise. The project has a scheduled release on July 29, 2016.

It’s so great to see celebs getting time to spend with their family. It’s probably a challenge to ensure you spend quality time with loved ones and maintain the busy pace of a packed workload.

Do you have any tricks or secrets to balancing work and family? Share them in the comment section below!