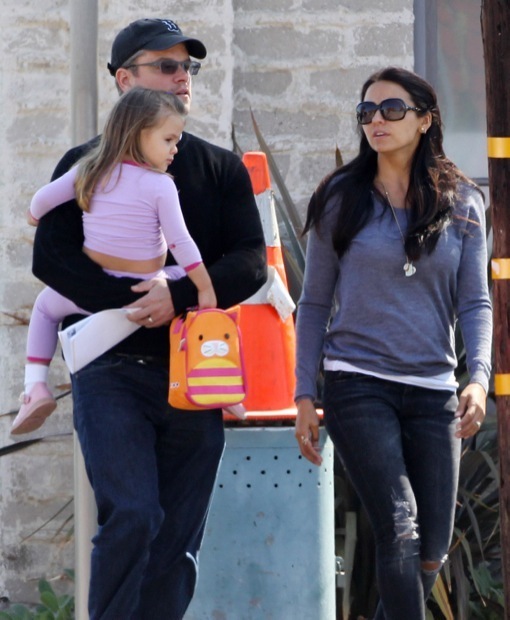 Matt Damon and his wife Luciana Barroso were spotted picking up their daughter Stella from school in Los Angeles, CA on Friday (Oct. 11).

The Monuments Men actor was dressed in a casual black sweater and jeans while carrying the youngster. Barrosa followed next to them.

Damon and Ben Affleck are teaming up to executive produce a new TV sitcom.

CBS executives have picked up their show More Time With Family, which is based on comedian, actor, writer and television/radio host Tom Papa‘s stand-up routine. The series will also include experiences based on Damon’s personal life.

Papa and Damon worked together on The Informant and most recently on HBO’s Behind the Candelabra.

Reese Witherspoon Credits Her Children With Making Her A Better Women