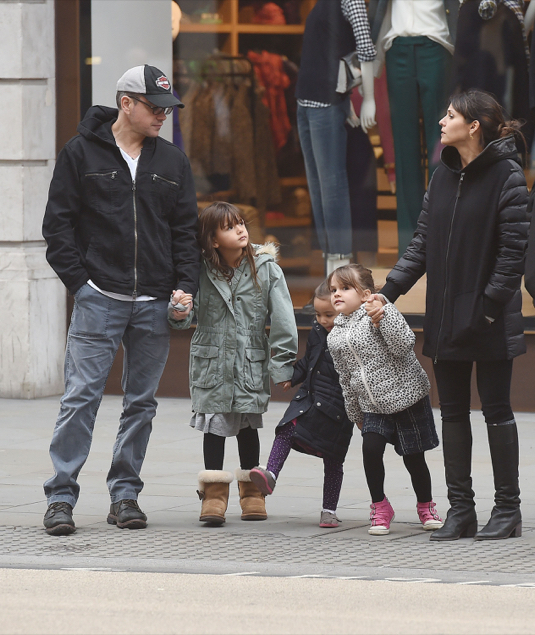 Matt Damon was photographed enjoying a day out with his wife Luciana and daughters Stella & Gia in London, England on Monday (Nov. 9).

The Martian actor was dressed in a fall jacket, grey cargo pants and black shoes while holding Gia’s hand. Luciana held the hand of Stella as they headed to a park close to the Natural History museum.

Damon and his family have taken up a temporary residence in London while he films the fifth installment of The Bourne action thriller series.