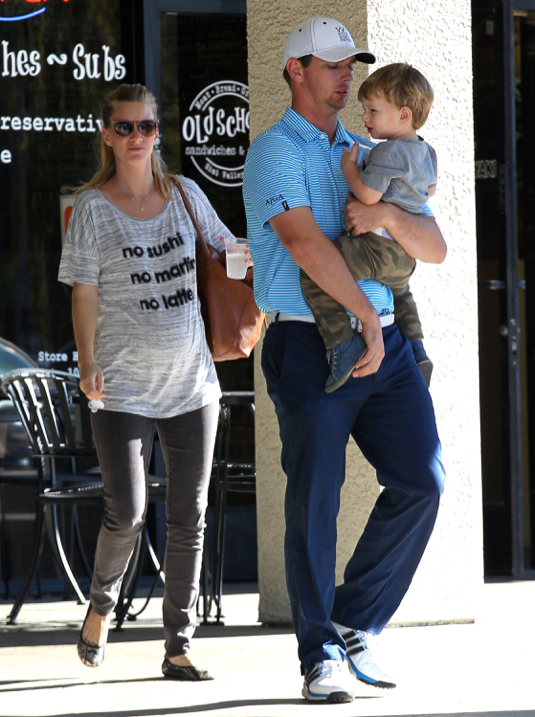 Heather Morris and her husband Taylor Hubbell were photographed taking their son Elijah out for lunch at Old School Sandwiches in Los Angeles, CA on Monday (Nov. 9).

The pregnant Glee actress wore a t-shirt poking fun at her pregnancy with grey maternity pants and flats. Her husband carried their tot who looked adorable in a grey shirt and cameo pants.

In a recent interview, Morris revealed that she and her husband a expecting another baby boy.

“He doesn’t really understand the concept,” she told E! News. “I think he just thinks I’m getting a big tummy.”

Morris first announced her second pregnancy back in August.

The actress and her husband wed in May at Old Canyon Ranch in Topanga, Calif.