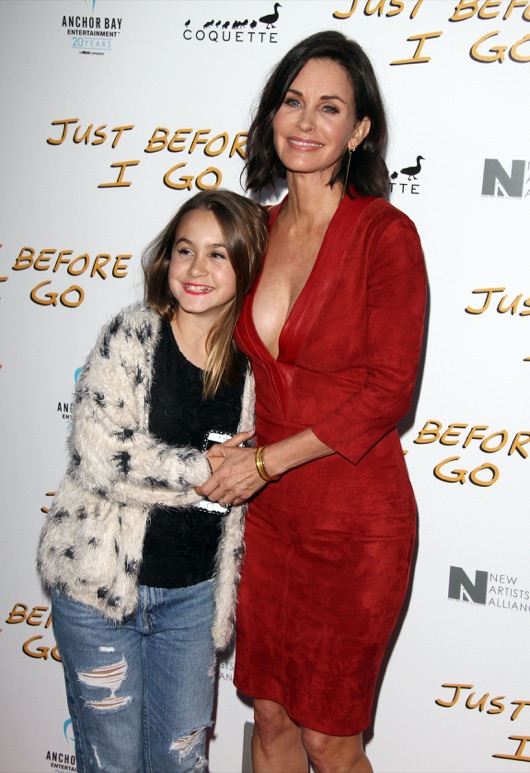 Post-Partum depression can happen to any mom, and talking about it is one of the best ways to not only deal with the issue, but spread awareness. That time after you have your baby is supposed to be so joyous, but sometimes it’s difficult to navigate the ocean of feelings you may have. It’s not uncommon and these celebrity moms who have battled post-partum depression have spoken out about their mood disorders…

“I went through a really hard time — not right after the baby, but when (Coco) turned 6 months. I couldn’t sleep. My heart was racing. And I got really depressed.”

Cox spoke with her doctor to find a solution. Together, they discovered her hormone levels were off and Courteney began using progesterone, while getting support from her friends.

“At first I thought what I was feeling was just exhaustion, but with it came an overriding sense of panic that I had never felt before. Rowan kept crying, and I began to dread the moment when Chris would bring her back to me. I started to experience a sick sensation in my stomach; it was as if a vise were tightening around my chest. Instead of the nervous anxiety that often accompanies panic, a feeling of devastation overcame me.”

Brooke has been very vocal about her experience and even detailed it in her book, “Down Came the Rain: My Journey With Postpartum Depression.”

“Post-partum depression is hard to describe—the way the body and mind and spirit fracture and crumble in the wake of what most believe should be a celebratory time. My mom and best girlfriend rotated sleeping in the bed beside ‘Theo’ and myself, whom at that point I mysteriously referred to as ‘it,’ even though we had named him. I should have taken that as a sign.”

While Bryce initially tried to hide and deny her post-partum issues, she eventually asked for help.

“I want to be honest about it because I think there’s still so much shame when you have mixed feelings about being a mom instead of feeling this sort of ‘bliss.’ I think a lot of people still really struggle with that, but it’s hard to find other people who are willing to talk about it.

Peet also noted she had a really “euphoric pregnancy,” so the post-partum took her by complete surprise.

“When [you’re told] about postpartum depression you think it’s ‘I feel negative feelings towards my child, I want to injure or hurt my child’ — I’ve never, ever had those feelings. Some women do.But you don’t realize how broad of a spectrum you can really experience that on. It’s something that needs to be talked about. Women need to know that they’re not alone, and that it does heal.”

These are just a handful of celebrities who have spoken out publicly about post-partum depression. Have you delat with the mood disorder? What was your experience like? Let us know your story in the comment section below.