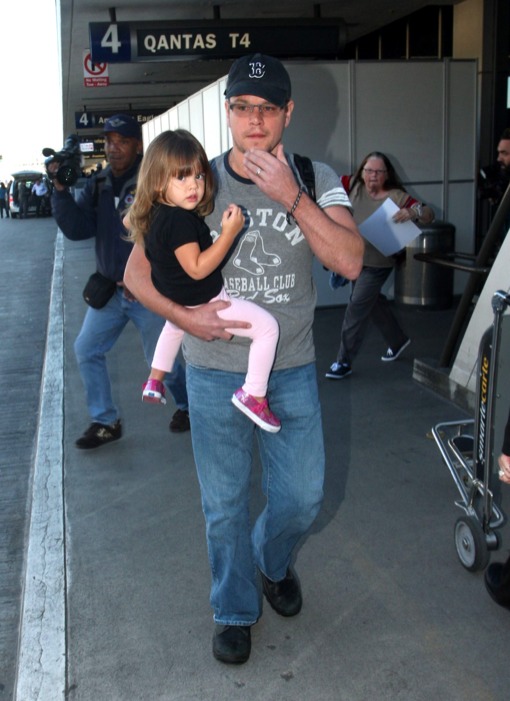 The Bourne Identity star carried his tot through the terminal while smiling at passer byes.  Once outside, Damon made sure to hold Gia close to protect her from the paparazzi.

Damon whose new film, Promised Land hits theatres today (Jan. 4) admits that he was not only scheduled to star in the film, but direct it as well.  However, he decided against to spend more time with his children four children.

“I decided that I wasn’t going to direct it on December 15th [2011]. That was my last day of work. The Neill Blomkamp movie [Elysium] that I was on went over. I had been away from my kids, and then I got back and had to do a really intense week or two of press for We Bought A Zoo,” he told. “On December 15th, my last thing was ‘The Daily Show’ with Jon Stewart, and I finished it and got home and my year was over. I looked at the calendar and realised that, to get the movie out, I had to go into pre-production on January 2nd [2012]. I just couldn’t leave the kids again.”

Jude Law Departs With His Kids