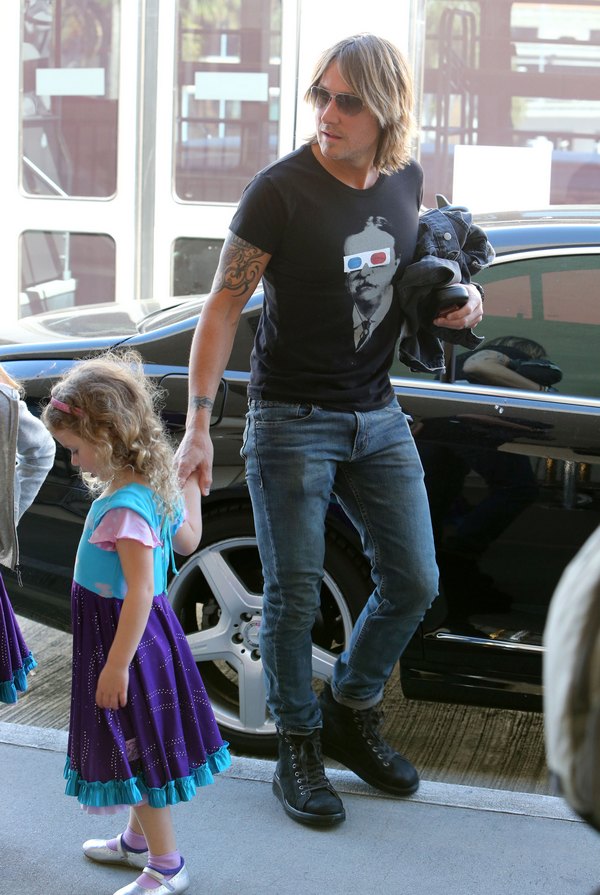 The two gorgeous girls were decked out in matching blue and purple princess dresses, adorned with diamantes and butterflies. Too cute! With celebrity parents like Nicole Kidman and Keith Urban, it’s not surprising these girls have style.

It’s amazing how much Margaret and Sunday resemble their mother, Nicole Kidman. Both have their mother’s curls with a hint of red in their long locks.

Keith Urban was one of the several celebs to recently voice concerns over the verdict in the infringement case of Robin Thicke’s “Blurred Lines.” Marvin Gaye’s family won the lawsuit for $7.3 million dollars when the jury concluded that the song resembled Gaye’s 1977 hit “Got to Give It Up”.

Urban told the Associated Press, “It’s tough, because everybody’s influenced by things. The always say the art of originality is knowing how to hide your sources, and it’s tricky.” Keith added his suprise in the verdict stating, “My initial reaction to it, I was shocked, honestly, because It seems more like a sound and a feel and a style and a genre and an era, none of which can be copy-written. So I’m a little bit shocked by it, quite frankly.”

Nothing will ease the stress of work like a little family time. With Margaret and Sunday Rose’s smiles, I’m sure it was easy to take a break for some daddy daughter time.

You might also likeMore from author
Faith Margaret Urban