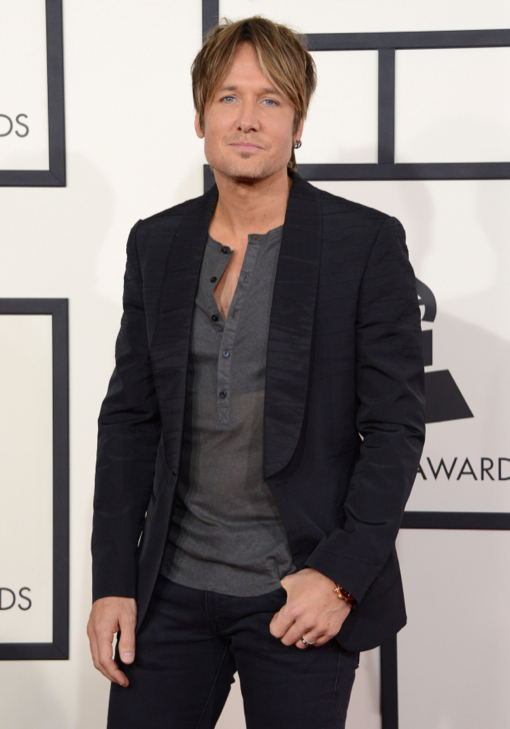 Keith Urban opened up about his 5-year-old daughter Sunday Rose with wife Nicole Kidman while walking the red carpet of the 2014 Grammy Awards in Los Angeles, CA on Sunday night.

The singer who was nominated for best country duo/group performance says he daughter finds everything weird at the moment.

Urban finds her word of choice perfectly normal for her age though.

“Everything’s weird for a 5-year-old … sometimes she’s right!” he laughed.

Ciara Shows Off her Golden Bump on the Grammys Red Carpet