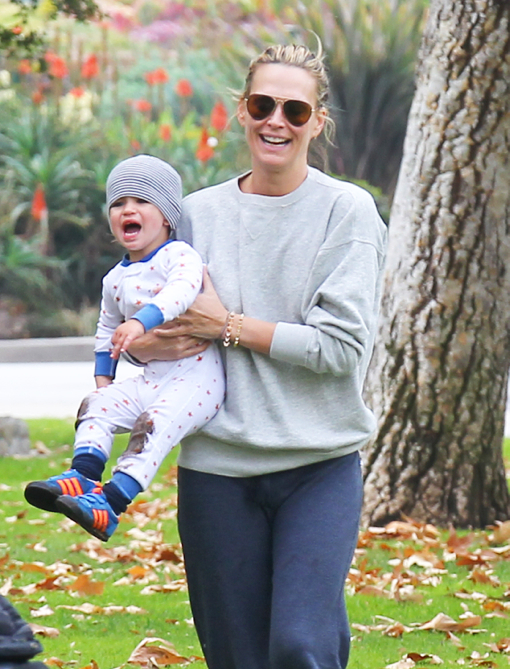 Molly Sims and her husband Scott Stuber were photographed enjoying some quality time with their son Brooks at Cold Water Canyon Park in Beverly Hills, CA on Sunday (Jan. 26)

The actress was dressed casually in a grey sweat shirt and navy pants while playing with the toddler in the park. After running around for awhile, the parents took Brooks for a stroll.

Sims admits getting her pre-baby body back after giving birth was challenging for her.

“It’s been 19 months!” Sims told People while attending ELLE‘s Women in Television Celebration in Los Angeles. “It was hard work. It was hard work for almost 13, 14 months because of my thyroid issue, but once I knew what it was I got it under control.”

The model suffered from a thyroid condition that led her to gain almost 65 lbs.

Lana Del Rey’s Rendition of “Once Upon a Dream” for Disney’s ‘Maleficent’ – Free Download!

Surprise! Molly Sims Is Pregnant With Baby No 3

Molly Sims Is all Smiles with Brooks & Scarlett