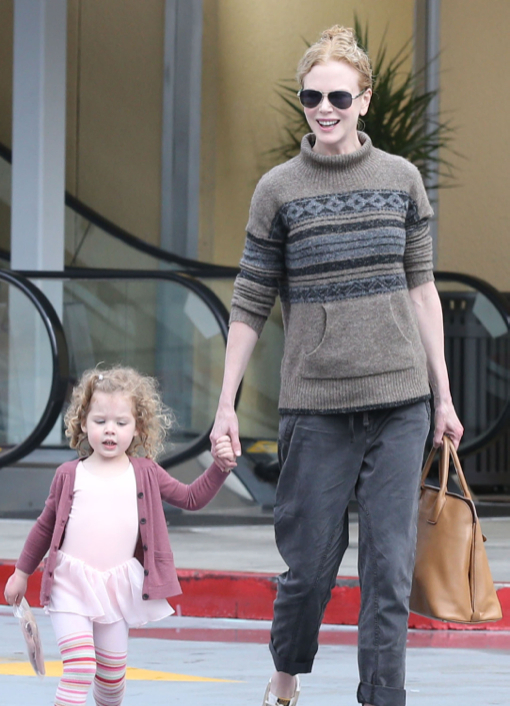 The Railway King actress was dressed casually in a brown sweater, grey khaki pants and sneakers. She was all smiles while holding the hand of her little ballerina.

Kidman has been marriage to singer Keith Urban for eight years.

Also parents to parents to five-year-old Sunday, Kidman says they keep their family strong by always being together.

“Keith and I are both gypsies at heart. We can make our home wherever we are,” she said. “The girls are like that too now, so we take them everywhere.”

Olivia Wilde Bumps Through the Rain After a Day of Pampering