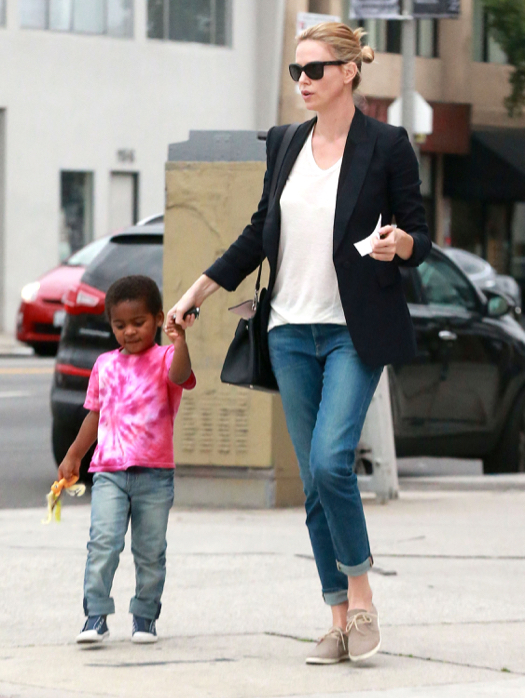 Charlize Theron and her son Jackson were spotted enjoying lunch out before heading to his karate class in Los Angeles, CA on Monday (Jan. 26).

The Dark Places actress was dressed in a black blazer, a white shirt and boyfriend jeans with sneakers. She held he youngsters hand who wore a pink tie-dye shirt and jeans.

“Charlize and Sean are very serious. Charlize says this is it. Jackson already calls Sean daddy. This is the first step toward them getting married,” a source told People.

The 39-year-old actress adopted Jackson alone when he was four-months-old in March 2012.