Tori Spelling Shops After the Holidays 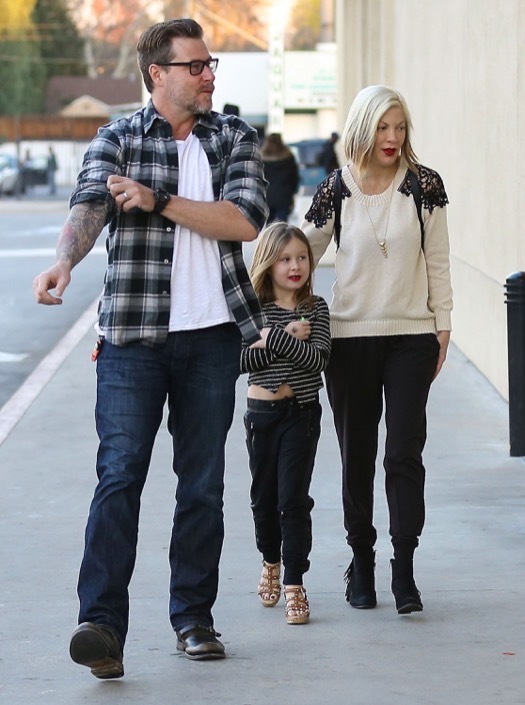 The True Tori reality star was dressed in a cream sweater with lace at the shoulders, black pants cuffed at the ankles and heels. She and her daughter both wore matching bright red lipstick.

In December, Spelling revealed that she and McDermott are in a good place as a married couple in recent months.

“We’re working really hard at our relationship and our family,” Spelling told People. “We are truly committed to each other.”

McDermott entered rehab for a sex addiction after being caught having an affair with another woman in 2013. The couple later underwent extensive joint therapy, which was documented in their reality show.

At the moment, there are no plans for a third season of True Tori.