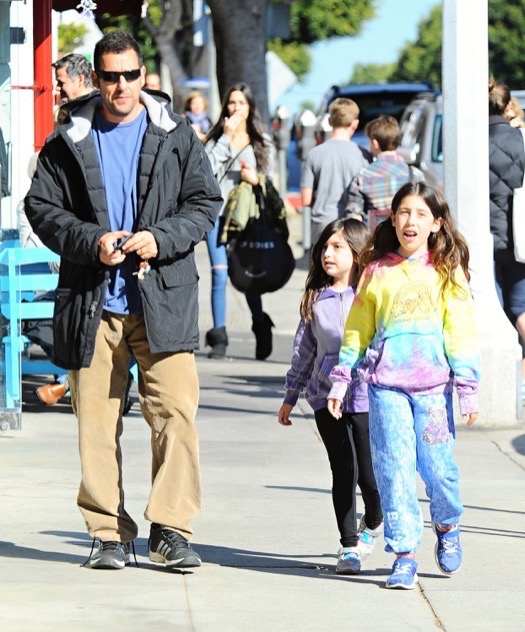 Adam Sandler was seen taking his daughters Sadie and Sunny out for lunch in Brentwood, CA on Monday (Dec. 29).

The Blended actor was dressed in a black jacket, blue shirt and khaki pants. He walked besides his daughters who both wore zip-up sweaters on the cool day.

Sandler was recently affected by the Sony cyberattack. In leaked emails, Sony executive Amy Pascal brands the actor an ‘ass*ole” after he demanded $200 million for a new flick and a raise for a production buddy.

The company was unhappy over the actor’s behavior during the making of the animated film Hotel Transylvania 2 and over his pushy pitch for a film adaptation of the children’s board game Candyland.

The cyberattack on Sony resulted in the leak of thousands of e-mails and files and has shamed the executive of the studio company.

Tori Spelling Shops After the Holidays