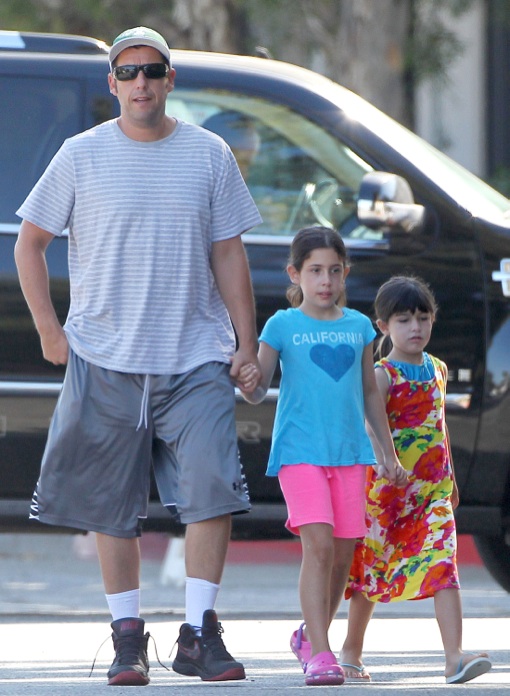 Adam Sandler was photographed taking his two daughters Sadie and Sunny to the gym in Culver City, CA on Saturday (Sept. 7).

The Grown Ups 2 actor was dressed in a striped t-shirt and basketball shorts while helping his daughters out of the car. They all held hands while walking together.

Sandler has said that he is doesn’t want his children to grow up spoiled despite living in Los Angeles.

“I’m trying to do the right thing. With the amount of money I have it’s difficult raising children the way that I was raised but I took away the west and north wing of the house from those guys. So they’re not allowed in there,” the comedian told. “When you’re around the kids you feel like you act the most grown-up just because you’re supposed to lead. I say things like every other day that remind me of my own parents. One thing that I do know about being a parent is that you understand why your father was in a bad mood a lot.”

Meanwhile, Sandler has been filming his new, The Familymoon alongside actress Drew Barrymore.