Reese Witherspoon: You Look Inward When Becoming a Parent 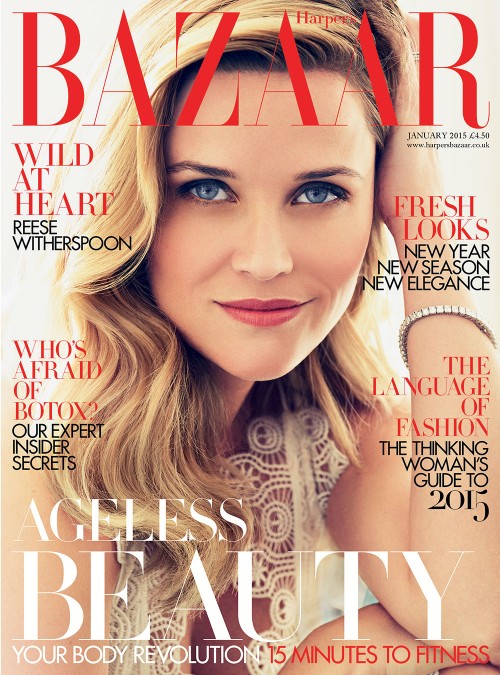 Covering the January 2015 issue of Harper’s Bazaar UK, Reese Witherspoon opens up about her new film Wild and being a mother to her children Ava, Deacon and Tennessee.

Witherspoon says her whole perspective on life changed when she became a mom.

“Whatever I was going to do in my life, I had to do it myself. Then when I had a little girl at 22, I was even more determined to, I don’t know… I went from just surviving to, ‘Who do I want to be for this other person?’ That’s what happens when you have a child… You kind of look inward,” she told while adding, “Your eyes cross. You look so far inward that your eyes cross. No, you’re just confused all the time [laughs].”

Another life changing moment her life was the death of her grandmother.

“It was unequivocally one of the most important days of my life. My mother’s mother had died when she was 50 and my mother was 20, so the movie covered a lot of similar ground. It was kind of her story, a girl trying to figure out her life after the death of her mother. I remember being young, and my mother crying a lot. Whenever anyone brought her up, my mother would cry. We talked about what a beautiful woman she was but we never talked about what it was like for my mum at 20 to sit in a hospital room and watch her mother die. We never really had a conversation where I understood, until we started the film, which is crazy,” she revealed.

“I’ve never done drugs, so I was really confused. It wasn’t as if there was a lack of roles being offered to me. It was the dynamic aspect of playing a really interesting, complicated person that was not readily available. Honestly, I don’t know a woman who isn’t complicated. It’s strange that you don’t see many complicated women on film; complicated meaning complex, I should say,” she said.

To read the full interview with Witherspoon pick up Harper’s Bazaar on newsstands.

10 Reasons You Have to Try Feeln for Your Family