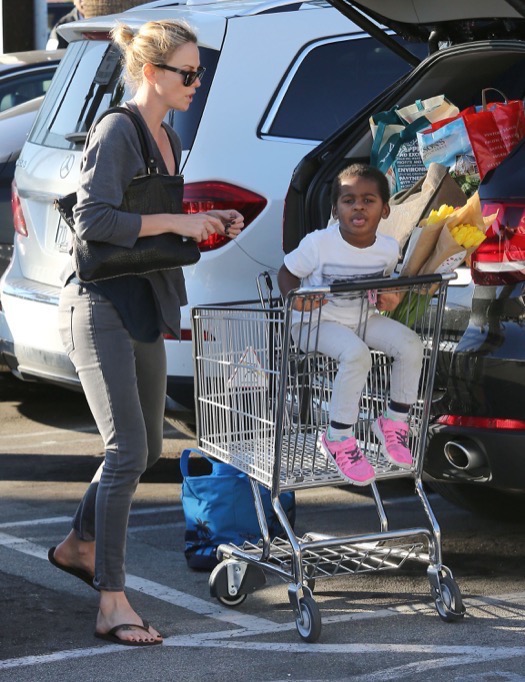 Charlize Theron was seen taking her son Jackson grocery shopping at Whole Foods in Los Angeles, CA on Friday (Dec. 26).
The Huntsman actress was dressed in a grey cardigan, black tank, and grey skinny jeans with sandals. She pushed their grocery cart full of healthy food while Jackson had fun his tongue out at the photographers.
Theron has signed on to take part in a new animated film entitled, Kubo and the Two Strings.
Matthew McConaughey, Rooney Mara, and Ralph Fiennes will also voice characters in the movie.
The film is set to debut on August 19th, 2015.
Image Credit: Fame/Flynet
Continue Reading

Hilary Duff Takes Luca to a Baby Class Before The Holidays

Honestli App: Be You Without Judgement in an Anonymous Community #Giveaway