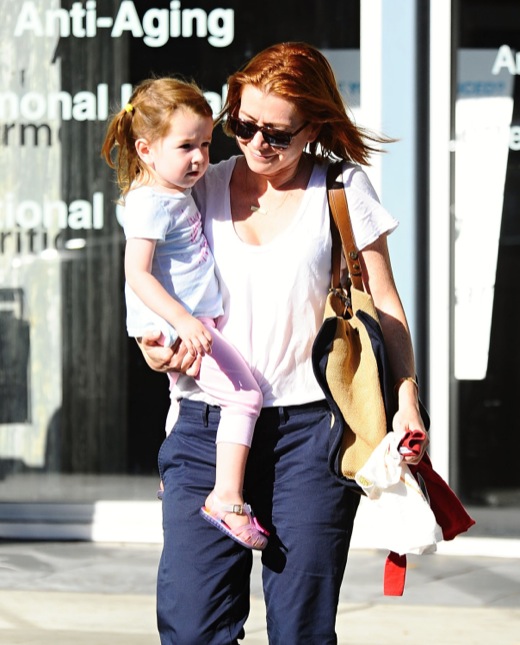 Alyson Hannigan was spotted out and about with her daughters Satyana and Keeva in Santa Monica, CA on Monday (Sept. 15).

The How I Met Your Mother actress was dressed in a white shirt and blue cargo khaki pants while running errands in the morning with her eldest daughter. After, she took Keeva out to breakfast.

Hannigan has spent most of the summer with her daughter after her long-running series came to an end in August.

She scheduled to star in the CBS pilot More Time With Family, a multi-camera comedy produced by Ben Affleck and Matt Damon.

The show stars Tom Papa, who plays a man who undergoes a career change to spend more time at home with his family. It is based on Papa’s stand-up comedy and Damon’s experiences.