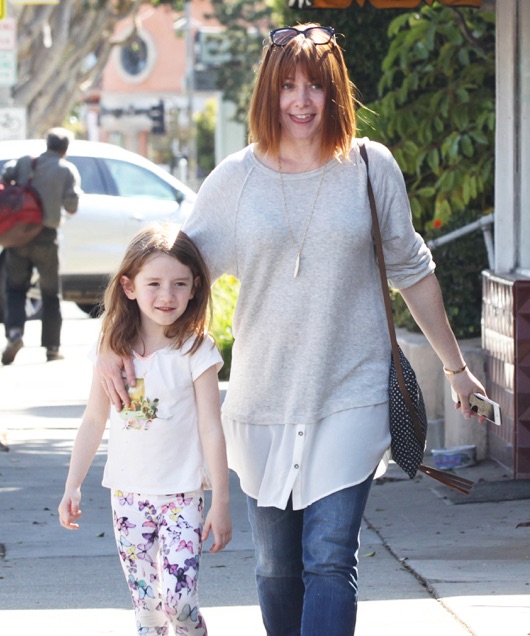 Alyson Hannigan was photographed out and about with her daughter Satyana in Santa Monica, CA on Thursday (Apr. 16).

The actress was dressed in a cream sweater over a long blouse and jeans with sneakers. She and the youngster smiled and giggled while walking.

Hannigan plays Winter, a gentle faun who yearns for a special ability — only to realize she was special all along.

Although her girls are Sofia fans from books, “my kids don’t watch television yet,” Hannigan told.

Hannigan has been spending most of her free time with family since her show How I Met Your Mom came to an end after nine seasons.