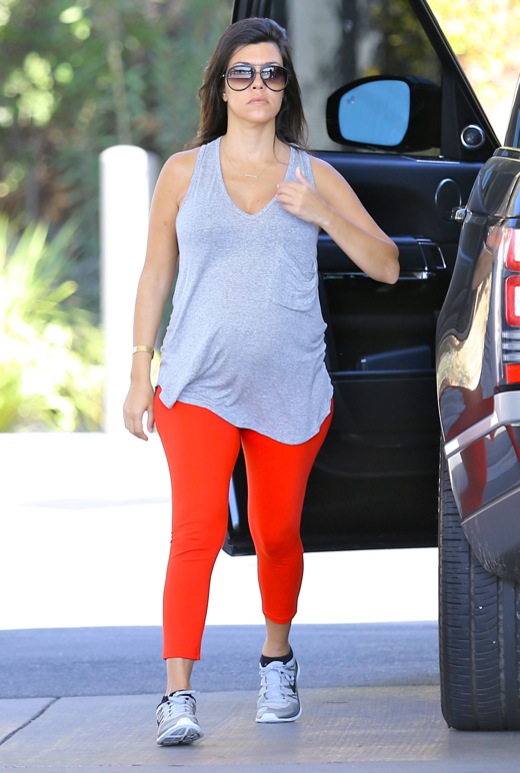 The Keeping Up With the Kardashians star was dressed casually in a flowing grey tank top, bright orange stretch pants and running shoes. She accessorized her maternity fitness look with dark aviator shades and a gold bracelet.

In the upcoming spinoff show of the reality series, Kourtney & Khloe Take The Hamptons the sex of Kourtney’s baby will be revealed.

“We’re finding out the sex,” Kourtney says in the preview.

Kourtney & Khloe Take The Hamptons will premiere on September 14 on the E! network