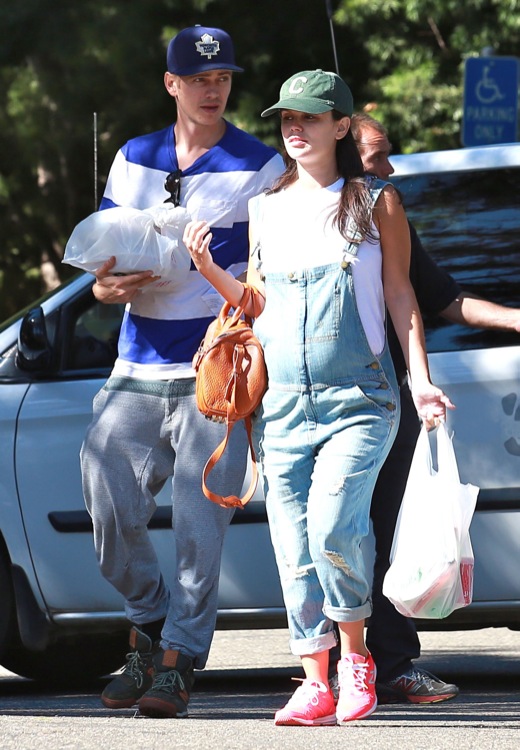 Rachel Bilson and her boyfriend Hayden Christensen were pictured taking a camping trip in Ventura, CA on Sunday (Aug. 24).

Deciding to skip the Emmy awards (Aug 25) to spend some time alone before their bundle of joy arrives, the couple looked relaxed as they walked with some supplies for the night.

According to CW president Mark Pedowitz, season 4 of Hart of Dixie will address Bilson’s pregnancy.

”[Creator] Leila Gerstein is planning to have a pregnancy eventually happen to the character of Zoe Hart,” he told at 2014 the TCA Press Tour.

Bilson confirmed in May that she was pregnant with her first child with boyfriend Hayden Christensen.

This will be the first child for both.