Pregnant Women Warned Not to Use Antibacterial Soaps 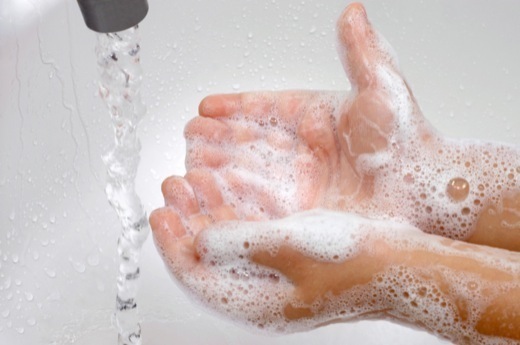 Scientists will present new research today at the annual American Chemical Society concerning common antibacterial compounds and the harmful effects on expecting mothers and their unborn babies. As a result, pregnant women are being advised to avoid potentially harmful compounds until the FDA completes a full review on their use and effects.

In this new study by Arizona State University, researchers looked at the exposure of pregnant women and their foetuses to two of the most commonly used germ-killers in everyday products – triclosan and triclocarban.

Scientists argue that there is increasing evidence that link these compounds to developmental and and fertility problems. Some research also suggests that additives in some soaps could also contribute to antibiotic resistance – a growing public health concern.

These chemicals have had adverse impacts on growth and development in animal studies and there is suggestion they may have similar impacts in humans.

We found triclosan in all of the urine samples from the pregnant women that we screened. We also detected it in about half of the umbilical cord blood samples we took, which means it transfers to foetuses. Triclocarban was also in many of the samples.

In the long-term,  Dr. Greer warns, these products can cause a subtle but large-scale shift in birth sizes.

The FDA and Environmental Protection Agency are also reviewing the use and effects of the compounds. And In late May, Minnesota became the first state to prohibit the use of triclosan in most consumer hygiene products (with a ban in force as of January 2017).

Triclosan and Triclocarban can be found in more than 2,000 everyday items – including dishwashing liquid and hand soap, making them hard to avoid. But Dr. Greer says you should do just that. She says:

This latest research sheds further light on the risks and lack of regulation of chemicals in everyday products and adds a lot of weight to the all-natural or organic consumer movement. Will you be shifting brands? Share your thoughts with us in the comments below.