Cameron Diaz: “I Was Never Drawn to Being a Mother.” 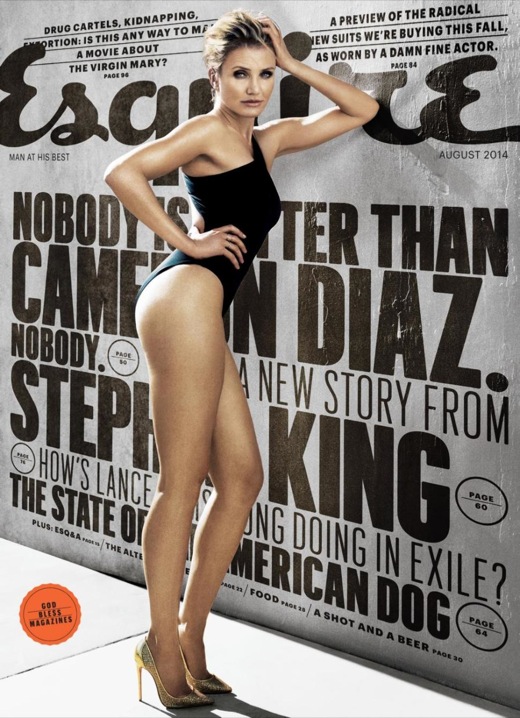 Cameron Diaz graces Esquire magazine’s August issue while opening up about her decision not to have children and why she loves being in her 40’s.

The Sex Tape actress admits she has never felt the urge to become a mother.

“It’s so much more work to have children,” she tells Esquire. “To have lives besides your own that you are responsible for – I didn’t take that on. … A baby – that’s all day, every day for 18 years. Not having a baby might really make things easier, but that doesn’t make it an easy decision. I like protecting people, but I was never drawn to being a mother.”

She definitely feels like her life is easier not being a mom.

“I have it so much easier than any of them. That’s just what it is. Doesn’t mean life isn’t sometimes hard. It’s just what I am. I work on what I am. Right now, I think, things are good for me. I’ve done a lot. And I don’t care anymore,” she says.

Unlike many people, Diaz insists she loves being in her 40’s and that she is more comfortable in her skin than ever.

“I love it,” she tells, adding, “So much s– just falls away. Fear, mostly. It’s the best age. That’s when a woman knows how to work things, or she doesn’t care about that anymore. You just stop being afraid. You don’t worry about what men think. You just don’t worry that time registers anything awful.”

Heidi Klum Enjoys a Day Out With her Children in NYC

Review Confirms No Link Between Vaccines and Autism